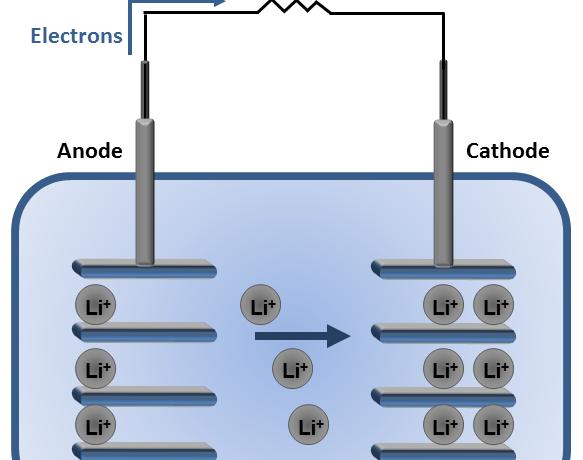 The Basics of Lithium Ion Batteries

Professional Series Lithium Ion Laptop Batteries Power your Laptop Computer Giving Your Longer Life, More Power, and the Safest Batteries.Lithium Ion (Li-ion) laptop batteries are among the most efficient and effective class of power sources for portable consumer electronics. First conceived as an alternative to traditional portable power sources in the 1970’s, Lithium Ion rechargeable batteries have become one of the most commonly manufactured and widely used in a variety of electronic devices ranging from laptop computers to cell phones, electric automobiles to small handheld devices, and more.

Prized for their superior charging, safety, and power distribution characteristics, Lithium Ion batteries like the Professional Series laptop batteries manufactured for laptop computers by Laptop Battery One consistently provide the highest in performance and safety.

Lower Self-Discharge
Lithium Ion laptop batteries hold a charge longer, and have significantly slower rates of discharge when not in use

Environmentally Safe
Lithium Ion laptop batteries are manufactured using metals that are not entirely comprised of Lithium, leaving no “free Lithium” in the cells and making the batteries safer for the environment.

The Fastest Evolution in Rechargeable Batteries

Lithium Ion technology has been one of the fastest improving technologies in power sources. Since the initial conception and discovery of the basics, researchers have continually made rapid advancements in this technology culminating in the state of the art rechargeable laptop batteries that are commonplace today.

1970’s – The concept of the Lithium Ion battery was revolutionary in the early 70’s, and by the end of the decade it had been successfully demonstrated that the technology was feasible as a highly portable, efficient, and effective as a power source if it could be refined.

1981–1985 – Rapid advancements in Lithium Ion cell technology and new choices in Lithium metals made the birth of the commercially available Lithium Ion battery a reality.

The basic principles of operation for your Lithium Ion laptop battery are relatively simple. Utilizing a cathode, an anode, and electrolytes, your battery cell transfers lithium from one part of the battery to another.

While the actual mechanics of the charge/discharge process are slightly more complicated than explained here, the basic concept is that the Lithium particles travel to and from the ends of the cell and are able to power your laptop computer without significant immediate degradation and without using chemical components that are dangerous or environmentally unsafe.

Lithium Ion laptop batteries such as the Professional Series batteries manufactured by Laptop Battery One include many safety features that were not present in earlier versions of rechargeable batteries.

Lithium Ion battery technology allows for greater safeguards against mechanical and chemical failure in laptop batteries in addition to providing one of the most highly rechargeable and safest battery designs available.